Which? Legal.
Daves Story A refund of over £3000 when Anglian failed to fix a conservatory roof 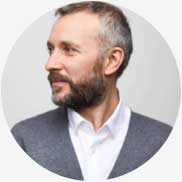 When Mrs Rudra's conservatory roof started leaking, she wasn’t expecting a catalogue of delays in trying to get it fixed.

As the conservatory was 18 years old, the guarantee had run out but Mrs Rudra phoned the original supplier for a quote for the repair work. Although it initially denied fitting the conservatory, the company agreed to a visit at a cost of £99.60. A fitter said that two of the seven roof panels had cracked. Mrs Rudra asked for two quotes – one for replacing all seven panels and one for just the two broken panels. Three weeks later, a quote arrived for only the two panels. When the second quote arrived shortly after, it was for glass rather than the polycarbonate panels that were required. The correct quote for £3,392.81 to replace all the panels then arrived a few days later. Mrs Rudra accepted and paid using her credit card. The home improvement company confirmed the order and said an installation date would be arranged by the end of the week – but it wasn't. When Mrs Rudra called them a couple of weeks later, she was told that the order had not been placed. A week later she was told that the job had been marked urgent, but by the following month Mrs Rudra was no further forward, so she phoned Which? Legal for advice.

We explained that, under the Supply of Goods and Services Act, the work on Mrs Rudra’s conservatory should be done within a reasonable time – and, if she could show that the supplier had gone beyond that, she could hold the company in breach of contract. We also advised that, as she'd paid by credit card, her provider would be jointly liable for the breach under section 75 of the Consumer Credit Act and could be asked to pay. Mrs Rudra decided it would be easiest to claim under section 75 so contacted her credit card supplier.

The credit card supplier credited £3,492.41 back to Mrs Rudra's account but warned that the supplier could then challenge her. It did not.