Which? Legal.
John's story Following our advice, John received a replacement car with all the features he wanted 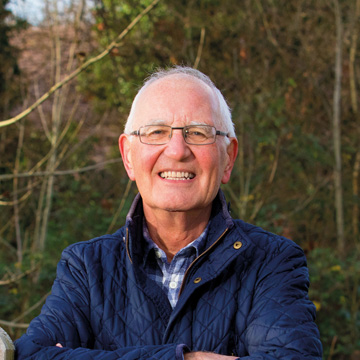 Which? Legal member John Lewis received a new Volkswagen Golf MK8 from Martins Group, but the car didn’t include some features that should have been included as standard.

John had viewed the features on the Volkswagen website’s online brochure and discussed them with the dealership’s sales representative. He was told an exact vehicle match had been found for a purchase price of £29,650.

However, once the car had been delivered, John had difficulty identifying some of the features that were in the Volkswagen online brochure. He contacted Volkswagen UK, and then Martins Group, and was advised that the features were not available at the trim level he’d chosen as they had been temporarily paused in production due to technical issues, and could not be retrospectively added post-production. Unsure of his rights, John sought advice from Which? Legal.

The Consumer Rights Act 2015 says goods must match their description. In failing to provide John with a car matching the description in the online brochure and discussed with its representative, Martins Group was in breach of contract.

As John had taken delivery of the vehicle shortly before contacting us, he was still within the first 30 days of delivery and could exercise his short-term right to reject the goods and obtain a refund.

We advised John of his rights, which were to either reject the car and seek a refund or ask the dealership to provide a replacement.

On discussing his right to a legal remedy with the dealership, John decided to allow a replacement car with all his requested features to be provided, as this was preferable for him. John paid an additional £500 towards the replacement vehicle to ensure its swift arrival and reflect the newer registration.