Which? Legal.
Stuart's story Following our advice Stuart rejected the car and received a full refund based on an inaccurate advert 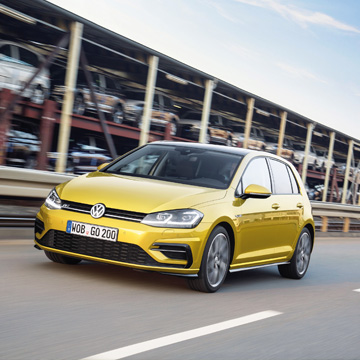 Seller to blame for inaccurate advert

Stuart Chapman bought a VW Golf from EMG Motor Group of East Anglia and East Midlands for £28,350. On his test drive, Stuart noticed there was no reversing camera, unlike what the advert stated. EMG admitted the mistake and made a small discount. Later, Stuart found the lane-assist feature was also missing. When he tried to return the car, EMG said it was his duty to ensure advertised features were present, and refused a refund.

As he was within the first 30 days of taking possession of the car, we advised Stuart that he could rely upon the ‘short-term right to reject. EMG was in breach of contract because the car did not match its advert. Stuart had the original advert, which we advised him to rely upon to enforce his right to return the car. We also advised him that EMG could not exclude or restrict his rights in this circumstance. After a few weeks, EMG conceded, offering Stuart his refund.

Section 11 of the Consumer Rights Act 2015 states that goods must match their description. It’s a breach to supply goods missing advertised features. A consumer’s rights under section 11 cannot be excluded or restricted, meaning EMG could not shift the burden onto Stuart to check that every aspect of its advert was accurate.

With hundreds of models and thousands of variants, on very rare occasions errors can occur. [Mr Chapman] was offered £750 then £1,500 to keep the car. When he asked for an unrealistic £25,000 we accepted his rejection and three working days later arranged to collect the car and return his money. We then found VW had facelifted the car so it didn’t have the items he was looking for.’